Taylor and Diet Coke team up with iHeartMedia for the release of 1989. She is scheduled to appear on several television and radio shows during the release week. Read more about it in the article below!

Taylor Swift and Diet Coke are teaming up for unprecedented programming events with iHeartMedia to celebrate the release of Swift’s highly anticipated, fifth studio album, 1989, on October 27. Together, Swift and Diet Coke will take over every Premiere Networks-syndicated CHR (Contemporary Hit Radio) show and its digital platforms during the week of Taylor’s album launch.

Swift will kick off the week by guest-hosting American Top 40 on October 25 and 26 and being featured on Direct From Hollywood with Ryan Seacrest on October 27. She will also appear as a special guest during On with Mario Lopez on October 29.

On October 30, Diet Coke will present Swift co-hosting On Air with Ryan Seacrest for the show’s entire four-hour broadcast live from New York City, sharing exclusive details about 1989. This will be the first time an artist co-hosts the entire radio program, as well as the first time the full show is presented by a single brand. To bring fans closer to the experience, Diet Coke is hosting the Ultimate 1989 Fan Party LIVE from iHeartRadio’s NYC studios during the broadcast. 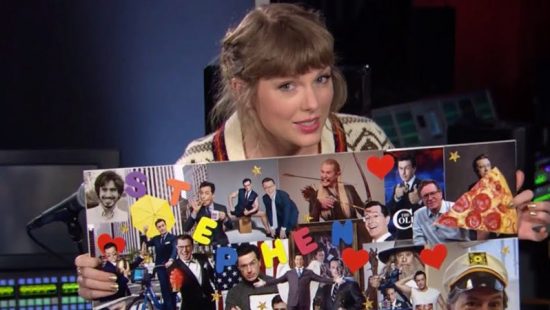