Taylor has been nominated for three awards for the first iHeartRadio Music Awards! The nominee finalists are determined by fan-voting, so click here to vote as often as you’d like! The show will be held on May 1st at 8 PM on NBC. Read the article below for more information.

NBC and Clear Channel Music + Entertainment will partner to televise the first-ever iHeartRadio Music Awards on May 1. The iHeartRadio Music Awards will air from the Shrine Auditorium in Los Angeles from 8-11 p.m. ET. The show will be executive produced by Clear Channel Media and Entertainment and Ryan Seacrest Productions. The show will be produced by Done and Dusted Production, and directed by Hamish Hamilton.

The iHeartRadio Awards will broadcast and stream live the audio across all participating Clear Channel radio stations and their websites, and on iHeartRadio.

Clear Channel also recently unveiled the iHeartRadio Countdown, a new two-hour weekly program syndicated by Premiere Networks that premiered Jan. 14, and highlights the top 20 songs on the iHeartRadio chart. The show will be co-hosted each week by a major artist and iHeartRadio’s Romeo On The Radio. 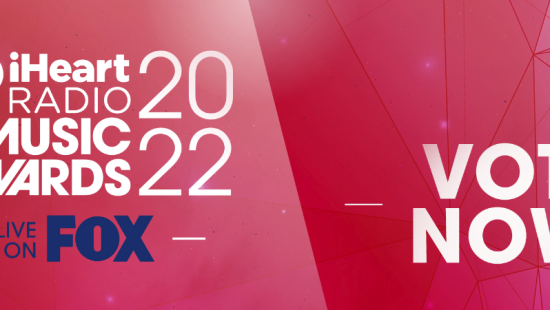