Taylor Swift soars to No. 1 on the Billboard Hot 100 with “Bad Blood,” featuring Kendrick Lamar, following a full week of tracking after the song’s video premiere to kick off the Billboard Music Awards, which aired May 17 on ABC. Winning an extremely tight race, “Blood” displaces Wiz Khalifa’s Furious 7 soundtrack hit “See You Again,” featuring Charlie Puth, after six weeks on top.

As we do each Wednesday, let’s run down the all the news, good and “Bad,” in the top 10 and more on the sales/airplay/streaming-based Hot 100 (dated June 6).

“Blood,” released on Big Machine Records and promoted to radio by Republic Records, surges from No. 53 to No. 1 on the Hot 100 following a week of tracking after Swift premiered its celebrity-studded clip to open the BBMAs. The song rockets 26-1 on Digital Songs with 385,000 downloads sold (up 721 percent) in the week ending May 24, according to Nielsen Music. It also vaults onto the Streaming Songs chart at No. 3 with 18.1 million U.S. streams, with 99 percent of its streaming activity from Vevo on YouTube clicks of its official video. On Radio Songs, “Blood” bounds 46-15 with a 109 percent increase to 57 million all-format audience impressions.

The track sweeps the Hot 100’s three top gainer awards, for digital sales, streaming and airplay, marking the first song to so triple up since Mark Ronson’s “Uptown Funk!,” featuring Bruno Mars, earned all three honors on the Jan. 3 chart. 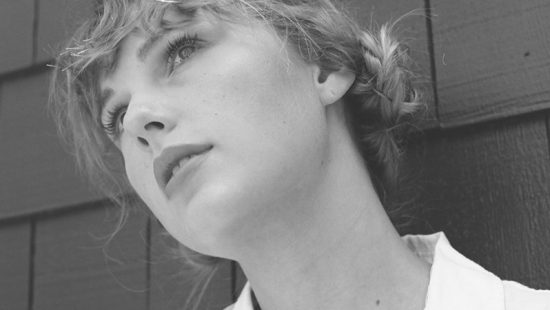 Taylor Debuts at No. 1 on Hot 100 With ‘Cardigan,’ Is 1st Artist to Open Atop Hot 100 & Billboard 200 in Same Week
2014 CMA Awards Nomination
Previous Post Forbes’ Most Powerful Women list
Next Post Taylor Notches Six Months at No. 1 on Billboard Artist 100