Everything We Know About Taylor’s ‘Bad Blood’ Video

No pop star has mastered the social-media game as well as Taylor Swift. She’s been rolling out teaser posters for her “Bad Blood” music video in advance of the clip’s premiere – during Sunday’s Billboard Music Awards – since early May, spotlighting the star-studded posse of friends who will appear in what looks to be an action-themed video.

Although the meanings behind Swift’s songs have always been a subject of speculation, the inspiration behind “Bad Blood” and its bitter lyrics have generated more curiosity than usual. It began when the singer revealed to Rolling Stone that the tune was about another famous female artist. “For years, I was never sure if we were friends or not,” Swift said, refusing to name names. “She would come up to me at awards shows and say something and walk away, and I would think, ‘Are we friends, or did she just give me the harshest insult of my life?'”

The pop star then revealed in the same article that most of her ire came from a business move that the other artist made back in 2013. “She basically tried to sabotage an entire arena tour,” Swift said. “She tried to hire a bunch of people out from under me. And I’m surprisingly non-confrontational — you would not believe how much I hate conflict. So now I have to avoid her. It’s awkward, and I don’t like it.”

Be sure to take a look at all of the promotional character posters released for the Bad Blood music video by clicking on the thumbs below! Taylor will be premiering the music video world wide at the Billboard Music Awards this Sunday so be sure to tune in! 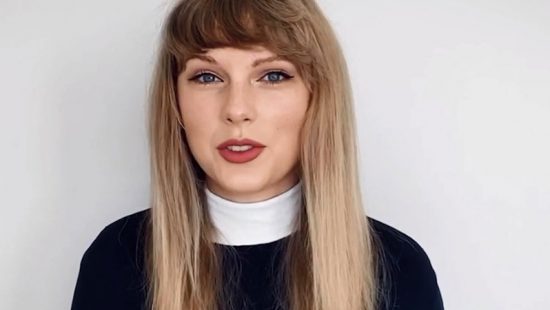