In an exclusive interview for the Saturday edition of The Telegraph, Taylor talked about her girlfriends, sending gifts to fans and much more. You can read the full interview below!

Taylor Swift is not only the biggest pop star on the planet, but also the biggest worrier. Right now she is worrying about this interview – her first major sit-down chat of the year. She has just come from a production meeting for her forth­coming world tour, fretting about the set list, sight lines and how to get her piano to the right part of the stage at the right time. Before that, when she woke up, she was immediately gripped with anxiety about something she said last night (even though it was only using the word ‘interjection’ when she meant ‘injection’). ‘I worry about everything all the time,’ she says with a grin. ‘We could do our entire interview me telling you how many things I’ve worried about since breakfast. “The Neuroses of Taylor Swift” is probably going to be the article headline.’

Most pop stars of Swift’s stature pay other people to worry about these things. And while the buzz of activity as we arrive at the well-appointed Beverly Hills house being used by Team Swift for their production meeting indicates that she has no shortage of people looking out for her, she remains hands-on with every aspect of her career.

But then the one thing she doesn’t need to worry about is how that career is going. It is Grammys weekend when we meet, and although Swift is attending rather than performing, she is still going to be the centre of attention. 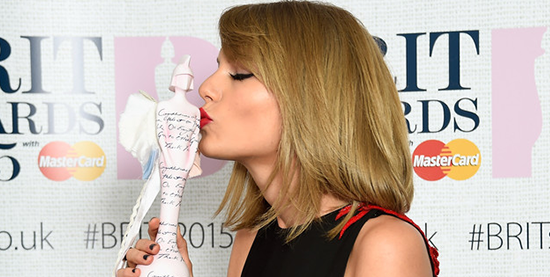