Taylor was interviewed by Yahoo Music to talk about 1989 sales, why she doesn’t agree with streaming her albums, her new single Blank Space and much more. Read the full interview below!

YAHOO MUSIC: This album had the highest first-week sales since 2002. Then there is also the fact that you’re the first artist to have a million-selling week three times in a row. And then there’s also just the idea of this being a personal best, just for you. Do any of these ways of looking at the initial success of the album mean more to you than others?

TAYLOR SWIFT: Well, my huge dream in this whole thing, which I was told many times was an unrealistic… I was told many times to keep my expectations in check, so I did. But the ultimate dream was, “Can we ring that bell? Can we get a million; can we do this for the third time?” Because we were all very well aware that if we sold a million records this time, it would be the only time in history that someone had done that three times. That was the most insane thing, when we got the first hint that we might end up actually getting to do it. And then my second biggest hope was, “Hey, wouldn’t it be insane if we topped what we did with Red?” And then the fans ended up making that happen, so it’s been just kind of like a dream scenario all the way around. And I just feel so lucky that people seem to understand what I was doing with this album and loved the new direction of it. 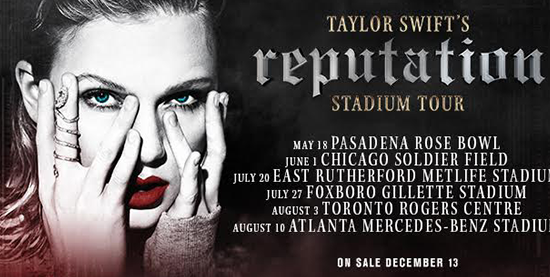