Billboard caught up with Taylor to talk about Ed Sheeran’s Grammy Nomination and why she thinks he should win Best New Artist. Be sure to read the full article below!

It’s a crowded field for Best New Artist at this year’s GRAMMYs. Ed Sheeran, James Blake, Kacey Musgraves, Kendrick Lamar, and Macklemore & Ryan Lewis all bring convincing arguments to the table, from very different corners of the music world, no less. But Taylor Swift had no trouble making up her mind. For her, it’s all about touring comrade/collaborator Sheeran, and Billboard caught up with Swift to get the details.

“I want him to win everything he’s ever up for,” the singer says. “He’s one of my favorite people on the planet. And he’s so talented and he’s worked so hard for it.”

In live settings, Sheeran’s uncanny charm brings whole arenas to silence, allowing him to perform his heartfelt acoustic songs without a backing band. Swift thinks that onstage persona could lend itself to the GRAMMY podium as well.

“I think he would have amazing acceptance speeches. We toured together all year and I watched him every single night. He was just such a show-stopper.” 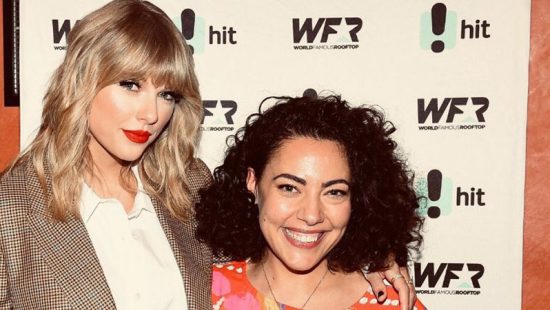