We have exciting news! If you’re a participant in Peleton workout classes, Taylor’s music will be used in the workouts! This is the last installment of Artist Series of the Year. You can hear Taylor’s music in the on-demand classes including cycling, running, yoga, strength, and more starting on Christmas Day. You can read more about it below.

The long wait is over: Taylor Swift’s music will officially be used in Peloton’s classes.

The fitness brand announced on Saturday that its final Artist Series of the year will be a collaboration with Swift, 32. The singer’s music will be used in on-demand classes including cycling, running, yoga, strength, and more starting on Christmas day.

Swift’s music had once been used in the popular cardio and strength classes but was removed alongside other artists in 2019 after music publishers filed a copyright lawsuit against Peloton, Forbes reported at the time.

Peloton first announced the highly-anticipated final 2021 Artist Series on December 13th — notably, Swift’s birthday. At the time, the company kept it vague, saying only, “You won’t want to miss this one.”

Some of Peloton’s other Artist Series that launched this year have included collaborations with Beyoncé, Ed Sheeran, and the Spice Girls.

It’s been a busy few months for Swift, who dropped the re-recorded version of her acclaimed 2012 album Red in November, which also includes nine tracks “from the vault.” Among the songs on the album was the 10-minute version of her hit “All Too Well.”

Swift previously thanked her fans for helping her accomplish the rare feat in a special message on Twitter. “I’m so proud of this song and the memories I have with you guys because of it,” she wrote.

Taylor Swift’s tracks are now on Peloton. Experience class after class, song after song of Red (Taylor’s Version) in one of the most anticipated Artist Series we’ve ever made. 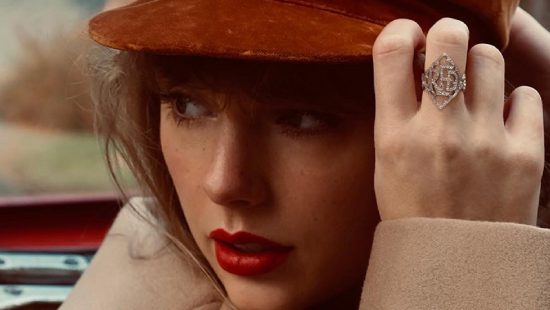