They say history repeats itself and apparently so do chart toppers! Fearless was #1 in 2008 and is once again in 2021. This becomes Taylor’s 9th #1.

More than 12 years after Taylor Swift notched her first No. 1 album on the Billboard 200 chart in 2008 with her second studio set Fearless, she’s back atop the list with a re-recorded version of the album, titled Fearless (Taylor’s Version). The new set is her ninth No. 1 and scores the biggest week of 2021 for any album. It launches with 291,000 equivalent album units earned in the U.S. in the week ending April 15, according to MRC Data.

The original Fearless album debuted at No. 1 on the Billboard 200 chart dated Nov. 29, 2008, and spent 11 nonconsecutive weeks atop the chart.

On Feb. 11, 2021, Swift announced she had re-recorded the 2008 album Fearless as Fearless (Taylor’s Version). The new 26-track album has re-recordings of all 13 songs on Fearless, along with the six bonus songs added to a 2009 reissue of Fearless (dubbed the Platinum Edition) and the 2010 single “Today Was a Fairytale.” Beyond those 20 re-recordings, Fearless (Taylor’s Version) also boasts six newly recorded “from the vault” songs that were written for the original Fearless album, but were never recorded and released until now.

Fearless (Taylor’s Version) is the only No. 1 album of its kind: a re-recording of an artist’s (own or another’s) previously released album.

The Billboard 200 chart ranks the most popular albums of the week in the U.S. based on multi-metric consumption as measured in equivalent album units. Units comprise album sales, track equivalent albums (TEA) and streaming equivalent albums (SEA). Each unit equals one album sale, or 10 individual tracks sold from an album, or 3,750 ad-supported or 1,250 paid/subscription on-demand official audio and video streams generated by songs from an album. The new April 24, 2021-dated chart (where Fearless [Taylor’s Version] debuts at No. 1) will be posted in full on Billboard’s website on April 20. For all chart news, follow @billboard and @billboardcharts on both Twitter and Instagram.

Re-recordings of older songs or albums are treated separately from their originals, with independent chart histories for each version. Thus, Fearless (Taylor’s Version) charts separately from the original album. The 2008 Fearless album falls off the new chart, after having re-entered a week earlier at No. 157 (chart dated April 17). In the latest tracking week, the 2008 Fearless album earned 6,200 equivalent album units (down 19%). Of that 6,200 sum, SEA units comprise 5,700 (down 21%, equaling 7.71 million on-demand streams of its tracks), album sales comprise 400 (up 15%) and TEA units comprise 100 (down 8%).

Let’s take a look at some of notable feats Swift achieves with the debut of Fearless (Taylor’s Version):

Ninth No. 1 Album: As Fearless (Taylor’s Version) marks Swift’s ninth Billboard 200 No. 1, she ties Madonna for the second-most No. 1 albums among women. Swift is closing in on Barbra Streisand’s all-time record among women of 11 No. 1 albums. Among all artists, The Beatles have the most No. 1s, with 19. Among all soloists, Jay-Z leads with 14.

Biggest Week of 2021 by Units Earned: With 291,000 equivalent album units earned, Fearless (Taylor’s Version) scores the largest week for any album in 2021. It jumps past the previous high-water mark, set when Morgan Wallen’s Dangerous: The Double Album bowed at No. 1 with 265,000 units (chart dated Jan. 23).

Biggest Week for a Country Album Since 2015: As Fearless (Taylor’s Version) bows with 291,000 units, it logs the largest week for a country album since 2015. The last country set to post a bigger frame was Luke Bryan’s Kill the Lights, which debuted at No. 1 with 345,000 units (Aug. 29, 2015-dated chart). (Country albums are defined as those that have charted on Billboard’s Top Country Albums chart. Both the original Fearless album and the new Fearless [Taylor’s Version] are charting on Top Country Albums.)

Fearless (Taylor’s Version) has the biggest week for a country album by a female artist since the Billboard 200 chart transitioned from an album-sales only ranking to an equivalent album units-based chart on the Dec. 13, 2014, survey. 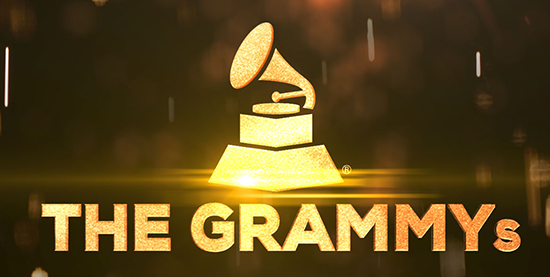