Just after midnight, the album “Fearless (Taylor’s Version)” hit number one on iTunes. There are 27 total tracks – 19 of them being re-recordings of the original song and the six previously unreleased tracks from the vault. Fearless is the first of the six studio albums she plans to re-record.

“Taylor’s Version” of the Grammy-winning “Fearless” soars to #1.

In 2019, Taylor Swift delighted fans — and many of her music industry peers — with news that she would be re-recording her first six studio albums.

At 12AM ET on April 9, 2021, she finally released the first of those re-recorded albums.

“Fearless (Taylor’s Version),” Swift’s new take on the Grammy-winning smash, officially launched on digital platforms at 12AM ET. It, predictably, made an immediate impact on iTunes.

Prior to press time at 12:10AM ET Friday, it had already reached #1 on the US store’s all-genre album sales chart.

“Fearless (Taylor’s Version)” consists of 27 tracks — re-recordings of the original 19 songs from the deluxe album, a re-recording of “Today Was A Fairytale” from the “Valentine’s Day” soundtrack, an Elvira remix of “Love Story,” and six previously unreleased tracks from Swift’s songwriting vault.

“Mr. Perfectly Fine,” one of the vault tracks, soared to #1 on the US iTunes song sales chart following its early release on Wednesday. It remains in the pinnacle position at press time. 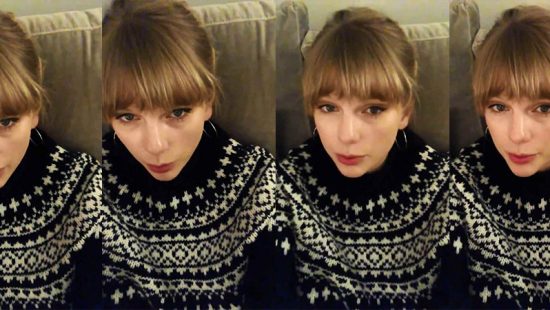