Taylor has once again blown us away with her new album, folklore. Critics are in love with her newest work and you can read their reviews below. Share your review of folklore in the comments!

If Lover was the last album of her twenties, Folklore is the first of her thirties. Lover was styled as a well-rounded musical autobiography, with everything from Nashville twang to electro-disco. Folklore takes a completely different approach, yet feels even more intimate, simply because it’s the sound of an artist with absolutely nothing to prove. She’s never sounded this relaxed or confident, never sounded this blasé about winning anyone over. It makes perfect sense that the quarantine brought out her best, since she’s always written so poignantly about isolation and the temptation to dream too hard about other people’s far-away lives. (“Last Kiss” is usually a summer favorite, but this year, “Hope it’s nice where you are” feels a little too close to the bone.) On Folklore, she dreams up a host of characters to keep her company, and stepping into their lives brings out her deepest wit, compassion, and empathy. And it sounds like for Taylor Swift, her best is yet to come.

Folklore is indeed a deviation from the top 40 trajectory that Swift set herself upon six years ago, but there is absolutely nothing quiet about it. Swift presents her new album as a songwriting tour de force, demonstrating the scope and depth of her artistic skill as she ruminates on the passage of time, grasps at fleeting memories and refuses to mince words or sugarcoat a sour reality, often while operating above intricate orchestral arrangements.

A project created in isolation, Folklore finds Swift pouring every inch of her current psyche, amidst an imperfect reality, into her songwriting. We’re fortunate that she decided to share it with us, too.

That promise of privacy to her intended is a reminder that Swift is actually quite good at keeping things close to the vest, when she’s not spilling all — qualities that she seems to value and uphold in about ironically equal measure. Perhaps it’s in deference to the sanctity of whatever she’s holding dear right now that there are more outside narratives than before in this album — including a song referring to her grandfather storming the beaches in World War II — even as she goes outside for fresh collaborators and sounds, too. But what keeps you locked in, as always, is the notion of Swift as truth-teller, barred or unbarred, in a world of pop spin. She’s celebrating the masked era by taking hers off again.

Folklore mostly abandons Lover‘s festival-sized splendor for songs that reveal more facets with repeated listens. Swift wrote and recorded her parts for Folklore in Los Angeles, while others, led by longtime collaborator Jack Antonoff and Aaron Dessner of the art-rock outfit the National, worked on their contributions, which included songwriting, production, and instrumentation, at their own studios.

The maturity and confidence of that statement are reflected in Folklore, a content smile of an album on which one of the world’s biggest pop stars, charts be damned, forges her own path and dares listeners to come along for the ride.

Folklore’ feels like Swift has travelled to a metaphorical cabin in the woods – albeit one with a very strong WiFI connection – and concocted a gorgeous, relaxed record filled with modern folk songs.

‘Folklore’ feels fresh, forward-thinking and, most of all, honest. The glossy production she’s lent on for the past half-decade is cast aside for simpler, softer melodies and wistful instrumentation. It’s the sound of an artist who’s bored of calculated releases and wanted to try something different. Swift disappeared into the metaphorical woods while writing ‘Folklore’, and she’s emerged stronger than ever.

Have you ever listened to “All Too Well” and said, “Great, now can I have 16 more of these?”

That’s essentially what Taylor Swift has done on “Folklore,” her most introspective and emotionally raw album yet. The 10-time Grammy winner, who is known for her meticulously orchestrated album rollouts, broke from tradition and surprise-announced “Folklore” on Thursday, less than 24 hours before its Friday release.

“Folklore” is undoubtedly Swift’s most melancholy album. (Try not to cry listening to “August,” in which she wistfully recounts a summer love gone south in achingly specific detail.) But the 30-year-old has also never sounded more confident or mature. Continuing to move away from her previously PG lyrics, she’s included explicit language. In the album’s opening line, she announces “I’m doing good / I’m on some new s—” and drops multiple F-bombs in later songs “Betty” and “Mad Woman” (an apparent lyrical first for Swift).

Folklore proves that she can thrive away from the noise: if you interpret “classmates” as pop peers, Swift is no longer competing. Bombastic pop makes way for more muted songwriting, and a singular vision compared to the joyful but spread-betting Lover.

Folklore will endure long beyond it: as fragmented as Swift is across her eighth album – and much as you hope it doesn’t mark the end of her pop ambitions – her emotional acuity has never been more assured.

folklore is no mere title: Swift borrows folk tradition in these 17 vignettes, reflecting on a past imagined, regretted, and long gone, and discards both country and pop in favour of sparse, delicate indie-folk. It is the most sophisticated she has sounded and the record is less confessional than, with nothing but time to self-scrutinise, a confession.

Women have triumphed in the last year in electronic indie-folk – most strikingly by Angel Olsen, Phoebe Bridgers, and Haim. Swift joins their ranks with Folklore, soundtracking every shade of empathy, sorrow, and shame. “I knew everything when I was young,” she repeats on “Cardigan”. In years to come, when we look back at the timeless Folklore, Swift’s words will once again prove astoundingly, simply, true.

Her eighth album, Folklore, which she wrote entirely in lockdown, it is soothing, soft and wistful, taking inspiration from her own tales as well as those of others.

She has pivoted entirely to make music which will be so soothing to millions of people as the world struggles with the lockdown in which it was written.

On Folklore, Taylor has never sounded so sublime. 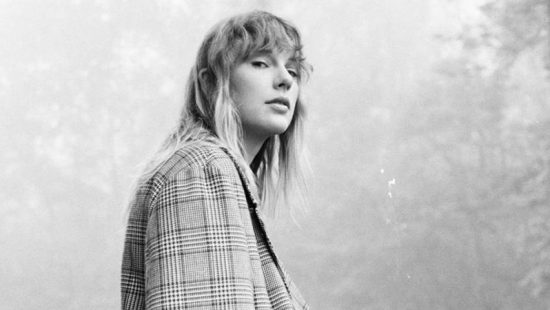 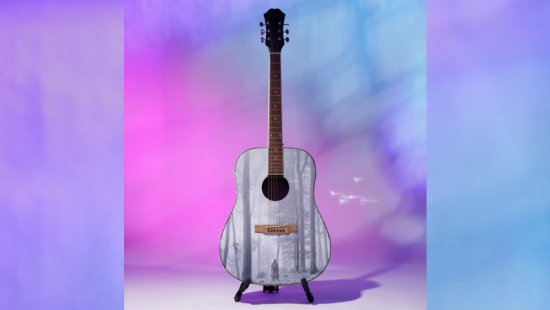 Bid to Win a Folklore Guitar Autographed By Taylor 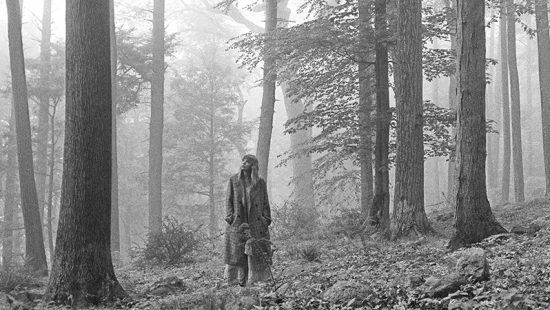