Taylor Swift confirmed a fan theory on Friday morning, announcing that the adorable little feline featured in her new “ME!” video is in fact hers.

In a Friday Instagram Live with Panic! at the Disco’s Brendon Urie — who’s featured on the song and in the video — she told the story of how the kitten, named Benjamin Button, ended up coming home with her.

“He was just a cute kitten who didn’t have a home,” she explained, adding that he was part of a program that “tries to get cute kittens adopted by putting them in commercials and stuff.”

The handler asked Swift if she wanted to hold the cat before they shot their scene together. “She handed me this tiny cat and he just starts purring and … he looks at me like, ‘You’re my mom, and we’re going to live together.’ I fell in love. I looked at Brendon and he’s like, ‘You’re going to get the cat aren’t you?’ “ 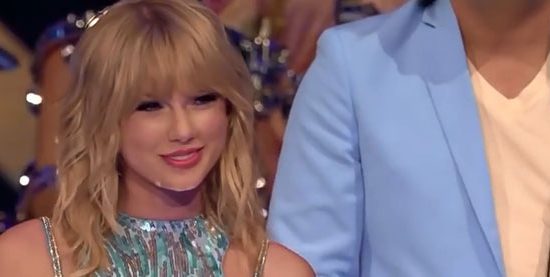 Taylor performs ‘ME!’ on Germany’s Next Top Model
Stand Up To Cancer
Brave Girls on Style
Previous Post Taylor Premieres New Single ‘ME!’
Next Post “ME!” Behind The Scenes Videos

2 Comments on “Taylor Goes Live on Instagram with Brendon Urie”