Rumors were swirling about a mural potentially tied to the release of Taylor’s 7th album. Today, while hundreds of fans were at the mural, Taylor made a surprise appearance! The butterfly was painted by Kelsey Montague and featured Easter eggs related to Taylor! See photos from her appearance in the gallery.

Taylor Swift visited a mural in Nashville on Thursday after hundreds of fans spent hours there waiting for her to appear.

Rumors had drawn the fans to the Gulch neighborhood throughout the morning after a mural linked to Swift’s April 26 countdown that debuted there last week got an update.

Just before noon, Swift appeared in a two-piece lilac outfit and posed in front of the mural before taking photos with fans.

“It’s a very down to Earth thing for sure,” Finn said of Swift’s appearance.

The music star took dozens of selfies with fans and was willing to get into the crowd that pressed in. A few sat on shoulders to get a better look.

“She just showed up. She doesn’t have to do this. (Swift is) very up close and personal with all of her fans, which is very cool,” said Danielle Messina, 23, visiting Nashville from Houston with friends.

Earlier in the morning, street artist Kelsey Montague had added the word “ME!” to the mural, a colorful, building-tall set of wings that appeared last week.

Before her appearance, Swift confirmed on Instagram she was behind the art.

“We’ve commissioned this butterfly mural to be painted on a wall in Nashville and put clues about the song and the new music in the mural,” Swift said. “Let’s just go see what happens.” 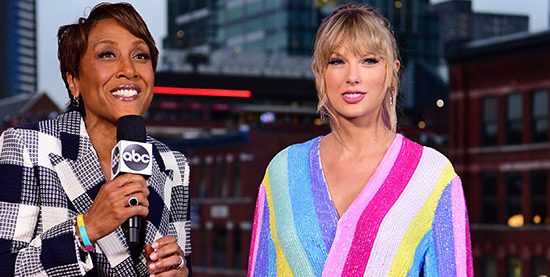