Taylor Swift may be a global pop icon these days, but the Nashville resident hasn’t abandoned her country roots.

About 40 patrons settled in for an Easter eve concert at Bluebird Cafe Saturday night. Prolific country songwriter Craig Wiseman topped the bill, but it was an unannounced appearance from Swift that stole the show.

Wiseman, who met Swift at a charity show when she was a teenager, was in on the surprise and welcomed Swift to join him. She received a standing ovation.

“I wanted to say a big thank you to the Bluebird Cafe,” Swift said, perching on a stool beside Wiseman. “I think any songwriter in town would echo my sentiments and say that this is kind of the only place where this exists — this particular place where you get to come and hear the writer’s take on the songs they’ve put out into the world.”

“If there’s truth in it, don’t over think it,” she said. “It can be the same three chords over and over again.”

The best and possibly catchiest example of Music City’s three chords and the truth in her catalog, Swift said, is her “Shake It Off.” Wearing a black turtleneck and her blond hair pulled into a ponytail, Swift strapped on a black acoustic guitar and launched into the pop song with a fervor reminiscent of an arena show.

However, Swift’s superstar status didn’t excuse her from a good-natured stroll down memory lane with Wiseman. The songwriter, famous for penning songs including Tim McGraw’s “Live Like You Were Dying” and Kenny Chesney’s “Young,” recalled a CMT afterparty at his office that had Swift complaining of a headache the next day. Wiseman is a key player in the career of Florida Georgia Line. The duo name-dropped Fireball Whisky in its song “‘Round Here,” and the whiskey company supplied Wiseman’s publishing house with a surplus of their product. When Swift showed up at Wiseman’s CMT afterparty, he showed her the bar, the deejay and the wine. But, what she really wanted was access to the Fireball Whisky shot room.

“I got her a shot of Fireball, and then I got her another one,” Wiseman recalled, explaining that Swift retreated to a balcony in a VIP area. “For the rest of the party, I would go get a shot of Fireball … and snake my hand through the people (on this balcony) in her general direction. I don’t even know if she took it, but it disappeared.”

Swift laughed that the whiskey wasn’t all that disappeared. She said that she and friend Ed Sheeran stole Wiseman’s large, inflatable bottle of Fireball that was standing in the corner.

“I was going to take it home!” Wiseman gasped as the crowd laughed.

The songwriter pulled a silver, insulated mug out of a gift bag near his seat. He popped the lid and unpacked several tiny bottles of Fireball.

Swift turned her attention back to the Bluebird Cafe. Until recently, no one had charted a hit with a song Swift had written alone but herself. Last year Little Big Town nabbed a No. 1 country hit with the Swift-penned “Better Man.” The song went on to win Song of the Year from the Country Music Association and a Grammy Award. Swift savored the opportunity to sing “Better Man” for the crowd.

“When I would play writers nights … I didn’t have the experience of a writer writing something and then it going out into the world and you earing it from someone else’s perspective until recently,” Swift said, referring to “Better Man.” “Little Big Town gave me the opportunity to feel that way … to be at the Bluebird and play a song you’ve maybe heard on the radio. I will always be forever grateful to them for that.”

After the song, she and Wiseman did shots of Fireball straight out of the tiny bottles. Wiseman wore bunny ears.

“I’m literally watching you, and I’m just going to do what you do,” Swift told Wiseman. “I’m going to look you in the eye the whole time.”

Swift tentatively tipped the tiny bottle back, then fully committed when she realized Wiseman wasn’t putting his drink down.

When they finished, Wiseman took the empty bottle from Swift and said he was going to sell it and donate the money to charity.

While it seemed the joke was on Swift, she repaid the veteran songwriter — reminding him that he passed up the opportunity to co-write one of her biggest hits. She was 17 years old when she and Wiseman had their first co-writing session, and Swift wanted to make sure she was prepared. She brought him a couple of verses and a chorus of a song she’d been working on and a few backup ideas. She played him the song, and Wiseman said he didn’t get it. They wrote a different song, but Swift went home and finished writing her original idea.

“I couldn’t stop thinking about the idea,” Swift told the audience. “I thought there was something to it. I really liked it.”

As she told the story, Wiseman looked embarrassed and repeatedly shook his head.

“This is the song I almost wrote with Craig Wiseman,” she said. “It’s called ‘Love Story.'”

Swift’s performance was filmed for a documentary in honor of Bluebird Cafe’s 35th anniversary. The cafe is in the midst of a year-long celebration of the milestone and Swift’s appearance will surely be a highlight. The Bluebird Cafe is particularly sentimental for Swift — Big Machine Label Group’s Scott Borchetta saw Swift play the room when she was an 8th grader and offered her a publishing deal.

Swift launched her career from Nashville as a teenager in 2006 with her song “Tim McGraw.” She charted follow-up country hits including “Our Song,” “Love Story” and “You Belong with Me” before shifting her creative focus to pop music in 2014 with her album “!989.” Driven by the lead single “Shake it Off,” the album sold nearly 1.3 million copies its first week in stores to make it the largest sales week for an album since 2002.

Swift released her second pop album “Reputation” in November. These days Swift’s country performances are almost as rare as her club shows. The singer’s Reputation Stadium Tour will launch in May and will visit Nashville’s Nissan Stadium Aug. 25. Tickets are available now through Ticketmaster. 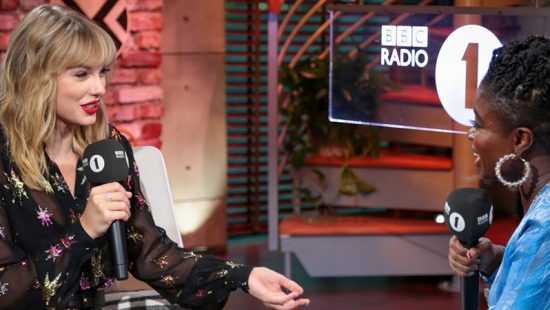 Photo Archive Hosting over 16,958 photos!
Welcome to Taylor Swift Web, your oldest and most reliable resource for everything Taylor Swift. With thirteen years in the making, we aim to make your search for the latest Taylor news, photos, videos, and more as easy as possible. With over 200,000 photos, our gallery is the largest source for Taylor pictures on the web. Thank you for visiting and come again soon!