Earlier today, Forbes published an article about Taylor’s career. It perfectly describes why she’s such a great artist. The article summarizes her writing skills, her relationship with the fans, and her personal life. Be sure to check it out below!

Taylor Swift is a phenomenon. She’s sold over 22 million albums world wide and she’s one of the best-selling digital recording artist of all time. She has endorsement deals with Sony , Diet Coke and Covergirl. She’s number three on “The 10 Highest-Paid Women in Music 2013,” Forbes List. Mick Jagger thinks she’s a rock star. Though she has accomplished a lifetime full of achievements, she’s just 24. She is the girl you’d hate if you didn’t like her so much.

The last (but not least) remarkable thing about Swift is her ability to thrive and continue to maintain high album sales in an industry that’s technologically evolving, in an economy that hasn’t been kind to the entertainment industry. Major artists are seeing record and single sales suffer, but Swift isn’t feeling the effects.

There are many, many reasons why Swift is as successful as she is, but here are just a few that can apply to anyone, and that Swift can teach us:

Taylor Shooting a Promo for “Haunted” 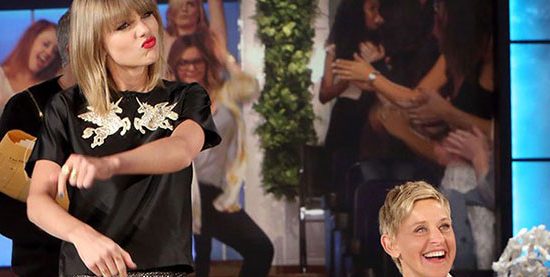